This began as two short stories, each taking on a life greater than its own as additional stories came to mind, leading me to create an overall linkage and what eventually emerged as SHIT. It is not many authors that admit to writing SHIT but I gladly accept that accolade.

SHIT is autobiographical. It is the true story of five civil engineering students returning from six months of industrial experience to their London university in February 1973. I had just emerged from the sewers of Southampton  to learn that I had no accommodation arranged for my return to university and was thus deep in the s**t. My story takes us through the absurdly bizarre events that then befall the five of us, including when attending geology and surveying field courses, with too many of the events involving s**t; falling in it and getting s**t upon, but almost always coming up smelling of roses.  Check out the links to the upper left of this for some abstracts which will give you a flavour of S**T (though not its aftertaste).

I would like to have published SHIT a few years ago but embarrassment to friends and family caused me to delay. The truth can only now be told. The characters are all beneath with me in the second row reinserting a contact lens. Seconds afterwards, we all dashed off to the Student Union Bar to begin celebrating end of exams. Excepting Graduation day, it was the last time all of us would be together again.﻿ 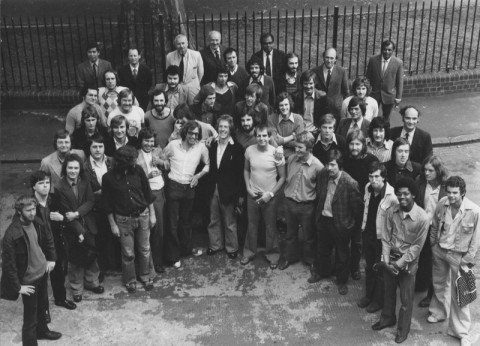 The characters of SHIT