1988 – Received the highest ever award from the DHSS’s Staff Suggestion Scheme for my alternative design for the NHS Central Register’s Data Centre at Lytham St. Anne’s, Lancs. I received £8,000 for saving capital of £550,000 (pity I wasn’t in private enterprise!).

1990 - Became a Member of the British Computer Society.

1991 - Became a Chartered Engineer, Member of the Engineering Council.

1997 – Became Chairman of the London Medical Specialist Group of the British Computer Society.

1997 - Became a Committee Member of the Technical Board of the British Computer Society.

2004 – Joined Fujitsu as a Product Manager. Consultant and Functional Architect on Healthcare Account. 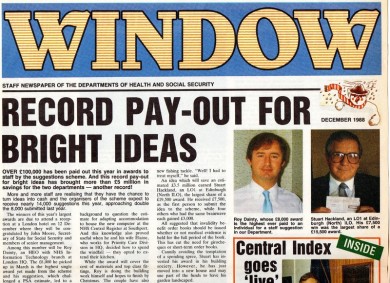